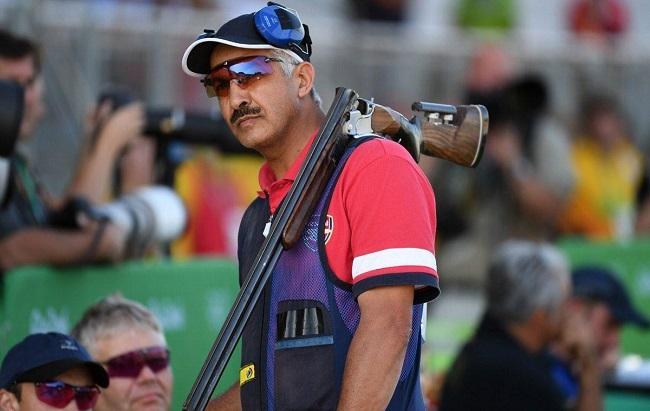 In 2011 he got a bronze medal. He has been competing since 1989 and has won four World Cup competitions.

On a day when a 13-year-old Japanese skateboarder claimed the gold medal.

At the Tokyo Olympics on July 26, Kuwait’s Abdullah Al-Rashidi, 57, earned a bronze medal in the men’s skeet shooting competition.

Al-Rashidi won his second Olympic medal, but it was the first for his nation.

After Kuwait was prohibited from competing in the 2016 Olympics by the International Olympic Committee, Al-Rashidi participated as an individual athlete.

In fact, by wearing an Arsenal jersey for the skeet final, the then 52-year-old shooter contributed to raising quite a few eyebrows.

In his sixth appearance at the Games, he broke his Olympic medal drought thanks to the Gunners shirt.

Al-Rashidi Gets His Olympic Moment with Kuwaiti Flag

Abdullah Al-Rashidi had a broad smile on his face hidden beneath his bushy beard as he took a Kuwaiti flag out of his pocket and slung it over his shoulders.

The 58-year-old seven-time Olympian raised his arms, kissed the corner, and wrapped the black, red, green, and white fabric around his face before waving to the crowd.

Athletes are not allowed to fly their nation’s flag until the medal ceremony, according to Olympic regulations.

Al-Rashidi was unconcerned. Because earning a second consecutive bronze medal in the skeet-shooting event.

He was eager to represent Kuwait after his country was not acknowledged as an athlete at the Rio de Janeiro Olympics five years prior.

After the skeet final on Monday in Tokyo, Al-Rashidi commented, “I am too thrilled to see my Kuwaiti flag and second Olympic medal.”

Five years ago, Al-Rashidi was a major hit at the Rio skeet range, pounding his hands and flailing his arms around to get the predominantly Brazilian crowd going.

The three-time world champion shooter, who trains falcons in his spare time, flourished on the sport’s largest platform.

And rode the enthusiasm of the crowd to a bronze medal. He was competing in his first Olympic final.

Abdullah Al-Rashidi of Kuwait achieved his second Olympic medal of his career at the Tokyo Games after seven tries.

When he competed as an Independent Olympic Athlete in the 2016 Summer Olympics in Rio, he won the first bronze medal.

Al-Rashidi had participated in five more games before. At the 1996 Summer Olympics in Atlanta, he placed 42nd.