Who said that learning languages are hard? Once you get the basic right there is no stopping you. Many people get scared at the thought of learning a new language but it is all so interesting.

If you know the right process to learn then learning a new language can be a very interesting thing. If you want to know a lot of languages but so do not know where to start then you have come to the perfect place.

We assume that you must know what this article is about given the title of the article. But anyhow we will just state it for everyone’s convenience.

We are writing this article about the Top 10 Easiest Languages to Learn. It can be difficult to choose the language you want to learn. Even more difficult than learning the language because of the myriad of options that you get when it comes to languages.

So there is the need for someone to guide you through the list of the easiest languages that you can get your hands on. So without beating around the bush anymore, let’s get straight into the article.

Languages are not that difficult to learn when you actually get into it. But there are a few languages that are easier to learn in comparison to the others that are out there.

For example, Chinese is a pretty difficult language to learn. However, some of them are pretty simple with simple grammar. So no need to worry, because we have listed the Top 10 Easiest Languages to Learn for you. 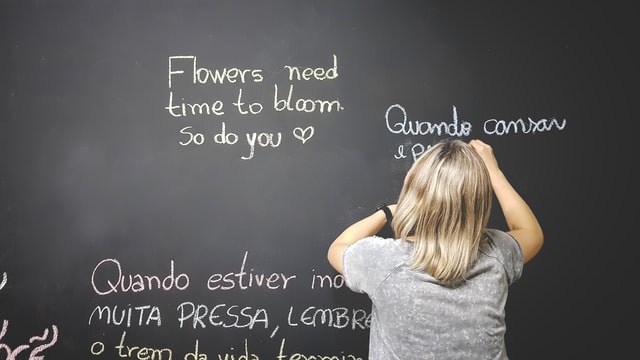 Be sure to go through the entire list before making your decision. Of course, there are other languages outside of the list that you can choose from but let’s concentrate on these 10 languages for the time being.

The grammar of this language is also straightforward and easy to understand. The structure of the sentences are also similar to that of English so if you know English well, you can learn the Norwegian language quite easily and quite fast too.

The next language on our list is Swedish. It comes from the family of German and Scandinavian languages. It is a simple language to learn for many English language speakers.

It is because of the fact that both languages have a large number of cognates. If you do not know what a cognate is then it is actually worded in different languages that stem from the same ancestral language and they can sound very similar to one another.

Well, once again Swedish is a language that also does not have a lot of complicated grammatical rules that can confuse first time learners. The language has become quite popular in recent times and a lot of people are opting for learning the English language.

The next language on our list is Spanish. It is no surprise that we have included Spanish in the list. This one has always been one of the easiest languages that you can learn if you are good at English.

The Spanish language is also one of the most commonly learned languages that we know of today in this world. It is a language that has been derived from Latin and it is one of the romance languages.

It is a phonetic language which means that the word are mostly spelled in the way that they are pronounced. Spanish can be put to a lot of practical use too.

Given that it is the second most spoken language in the world it can benefit you a lot to learn Spanish. The pronunciation of the words are easy but it might take some time to get the hang of it.

Italian. No, do not think about pizza or pasta because that’s just going to make you hungry. The Italian language is a romance language. And believe it or not, it is considered to be the most romantic among all the other romance languages that are there in this world.

This language has many English cognates that make it easier to learn for English speakers.

It is also kind of a phonetic language like Spanish Where the words are written as they are pronounced. You might have some trouble with pronouncing at first but there is nothing that practice can’t overcome.

Dutch language sounds like a combination of the English language and German language. This is also the third most spoken among the Germanic languages.

A very interesting fact about the Dutch language is that they have a few words that are spelled exactly in the same way as the English language. But they are pronounced different.

For example the word rat holds the same spelling and meaning in both languages but in the Dutch language, this is pronounced as ‘rot’ rather than the way in which we pronounce it in English. You need to keep a vigilant and open mind while learning the Dutch language. If you do so then you will have it under your belt in no time.

Ah French, the language of love as some might like to call it. Many people live in the misconception that French is a hard language to learn. The French language might not seem so but it is very closely related with the English language.

The only thing that might give you some trouble is the pronunciation of the words in the French language. It might be a pain for some to learn the pronouncing but there is nothing you can’t do if you set your mind to it. The language in itself is beautiful and definitely worth the time and effort that goes into learning it.

Portuguese is not only an easy language to learn. It had also become a very powerful language to learn in the world today. We would like to state that how much this language has grown in popularity and demand in recent years.

If you learn this language then you will be able to put it in practical use too. The phonetics of this language can be a little tricky with the nasal tone that this language has, but you will get the hang of it the more you practice the language.

Well, German is a very manly or masculine language to speak of because of its rough-sounding words. We are not going to lie, it can be a pretty difficult language to speak. At least more difficult than the other languages in the list.

However German is a very good descriptive language. It runs in the same family as the English language since they both belong to the Germanic languages.

The language is straight forward though and the grammar is logical and easy to understand if you put the time and effort into it. Just make sure to watch out for the exceptions. That might cause a new learner some trouble.

This language is native to the land of India. People do not believe it but some English words are said to be origin from the Hindi language. Words like Jungle, Karma, Yoga, and Avatar are some of the examples for it. The case is also true vice versa.

Hindi also makes use of a lot of English words. So we can say that there is a close relationship between the two languages. This can be the reason why it is so easy to learn Hindi for English speakers. However, writing Hindi is not so easy and requires a lot of practice.

Well, we just put this language here to put in the contrast between the easiest and the hardest language to learn for the English speakers.

Mandarin is a tonal language so the pronouncing of the words can be a bit difficult even when the grammar is understood by the learner. You have to learn at least 2000 characters to know this language so it is quite difficult.

We hope that this article was useful to you. Now learning new languages are a lot of fun. It keeps the brain healthy too and halts the aging process to some extent since your brain is learning a lot of new things.

This will be a good way of actually keeping your brain healthy and sharp and in the process, you are learning a new language too so that sounds like a great deal to us. You can choose any language that you want to learn. It totally depends on you and there are so many languages to choose from.

In this article, we just mentioned the top 10 easiest languages that you can learn but there are so many more languages out there too. They are all unique and. Beautiful in their own way.

They never cease to amaze us. So, in conclusion, we would like to thank all of you for giving this article a read. Do leave your feedback in the comment section below. We would love to hear from you. Have a nice day!