Anyone who applies to be a part of a well-reputed IQ Society needs to present their score of a known IQ Test such as Stanford-Binet Intelligence Test, the Wechsler Adult Intelligence Scale (WAIS), or the Cattell Culture Fair Intelligence Test with proof to the society. 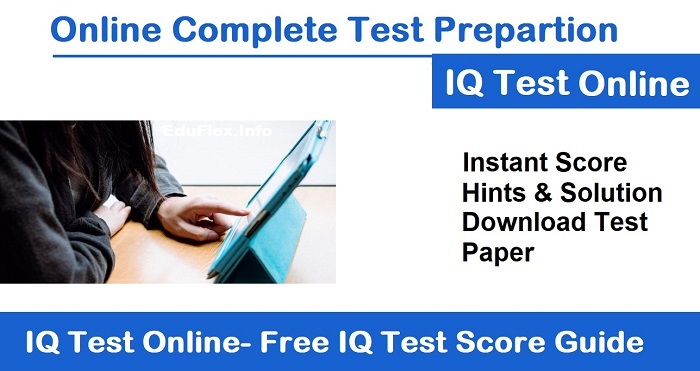 Most societies ask for a minimum of 98 percentile scores in the test. If you have already given the test them just simply submit the score to the community. It is always advisable to attempt some practice tests before attempting the final test. After all, this is the score based on which you will get admitted into society.

Practice for the IQ Test

These tests help you to build confidence and get an insight into the real test. There are also times when a specific question of a practice test, without any changes, is asked in the test. These practice tests also help in quick thinking and decision-making.

IQ tests basically check the ability of a person to think out of the box and make quick decisions. The questions in an IQ test can range from visual questions to reasoning and from word puzzles to playing with numbers.

It analyses and checks your understanding and ability to do smart work. The test, as a whole, exposes your weaknesses and tries to strike your strengths at the same time.

Why Should I Take A Practice Test?

There are quite a few reasons as to why should someone take a practice test. The basic reason is that you get an idea of the kind of question paper you would get in the actual IQ Test. Some other readings are also listed below:

1 – It Clears Concepts And Reduces Fear

A test is not something that you encounter every day. Whenever you take a test, you get goosebumps. Each and everyone test that you give has some importance which instills in you, the fear of failure. Giving practice tests clears certain concepts which you might not have looked into. It also terminates the fear of the test from your mind.

2 – It Helps In Improving Time-Management

While you are giving a test, it happens that you lose count of time. You get into the zone of the test and do not take care of the time elapsed. There are also questions where you take a lot and are unable to complete the test on time.

3 – Tells You Regarding the Basics of the Test

The habit of attempting tests evaporates as we get older. There are differences in the basics of different tests. Taking practice tests, make you aware of small details of the question paper, such as necessary instructions regarding time and compulsory and non-compulsory questions.

Thus, it is always advisable to take practice tests before going to give the final IQ test as they would increase your confidence level and help you perform better.

How to Prepare for A IQ Test

For any examination, it is necessary to be prepared to score the highest score marks and give your best. There is not a specific subject to which you can give attention. But there are specific points which you can take care of:

2 – Take Proper Break Before the Test

These tests help you to build confidence and get an insight into the real test. There are also times when a specific question of a practice test, without any changes, is asked in the test. These practice tests also help in quick thinking and decision-making.

Signs That You Have High Intelligence

There are quite a few signs that people believe to be signed for a person to be intelligent. It is believed that people who have high intelligence can understand things properly, think in a different way that is out of the box, react quickly, and can do things so easily. There are certain characteristics of every person with high intelligence that are:

What is A Good IQ Score?

There is a huge band of scores in an IQ Test. The score can range from as low as 80 to as high as the 150s. The score is calculated by dividing someone’s mental age with their chronological age and then multiplied by 100.

For example, if the mental age of a person is calculated to be 15, and his actual she is 10, then his IQ score comes out to be 150.

The IQ score remains constant throughout the early ages of a person. Once they reach their 40s, then is the time that their IQ levels begin to lower a bit. And from that time, onwards age and IQ Score become inversely proportional.

3- What are Average, Smart, and Genius Scores?

A score of 100 is believed to be an average score. A score of 80 is considered to be very low. A score from 115-120 use the ‘smart’ range and the score of 140 lies in the ’genius’ range, and if it is more than that, then the person is called as extremely genius.

At the same time, scientist Wilhelm Wundt used introspection, which is the ability of a human to reflect on their thoughts. This was his method to measure intelligence. These are the earliest examples of IQ tests that have now evolved over the years.

In 1904, Alfred Binet and Theodore Simon developed the first modern intelligence test. The French ministry of education asked them to come up with a test that would help in distinguishing normal children from mentally retarded children.

That is how the Simon-Binet Test came up. This test consists of logical reasoning, verbal interpretation, and puzzle question.

There are a number of fields in which IQ tests are taken into consideration. Some are given below:

IQ tests provide an idea regarding what is going to happen in the future. It tells regarding life in school, college, corporate life, and their creative mind. Your success in life is directly proportional to your IQ score in simple terms.

IQ Tests As the Only Predictors?

Although importance is given to IQ scores, it is not the only thing that decides success in life. There are factors such as luck, communication skills, and personality. For example, If one of your skills does not land well, then the other skill can save you.

As if your work is not helping you in a day, then your communication skills can save the day. There are also times when people who have high IQ are misunderstood and tend to see the world at a slower pace. So, it is not always the best thing to have.