Not even his easygoing demeanour should be taken at its value. M. Bourez, one of the best surfers in the world, has earned the moniker “The Spartan” due to his exceptional physique, fierce competitive nature, and powerful, aggressive surfing style.

The 35-year-old is a consistent top 20 competitor on the World Surf League (WSL) World Championship Tour and will be one of three French surfers competing at the Tokyo 2020 Olympic Games in 2021. 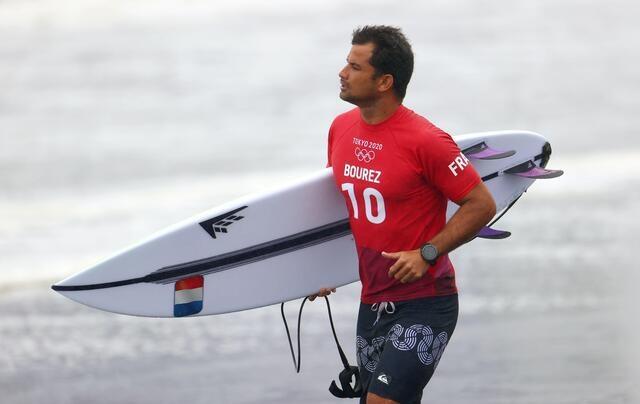 However, M. Bourez’s tale begins on the tiny island of Rurutu in the Tuamotu Archipelago off the coast of Tahiti, where the population is less than 2,500. In 2009, he made it onto the World Championship Tour after breaking into the professional surfing scene at the age of 17.

M. Bourez has spent the last decade competing internationally, yet he has never lost touch with his Tahitian roots or the innocence of his island upbringing.

The Tahitians are quite uncomplicated people, he told the International Surfing Association. Living here is simple. We’re happy to pass on our wisdom and our culinary creations, but we’re a bit more protective of our surf.

“By day, I’m a rather easygoing and uncomplicated person.

But when the game is on, I change, I put on a different persona. It boils down to a struggle. I feel like I’m becoming into a kind of warrior.

Experience of Working Together at the ISA Surf Games

The professional surfer’s life is generally spent alone, but his 2019 ISA Surf Games experience altered all that.

As a professional surfer, I’m used to travelling and doing things on my own time, but now we were a team. There was a French squad that I was a part of.

You were surfing on behalf of the entire country, not just yourself. For the first time in maybe ten years, I got to spend some time with people I didn’t know and get to know them during the competition, and to have the sensation of being part of a team, it was amazing.