Facebook created React.js to meet its demand for a dynamic and effective user interface (UI). React JS, a JavaScript package created by Facebook’s Jordan Walke and his colleagues in 2011, combines the speed of JavaScript with a fresh method of rendering pages to produce user input that is responsive and dynamic.

ReactJS is composed of two elements: the components, which are the portions that include the HTML code and the user interface elements, and the HTML page, which is where all of your components will be shown. React js devs know all this and skillfully use knowledge.

What are the Primary Distinctions Between React Native and Reactjs?

Although Reactjs and React Native share many similarities, they also differ in some important ways. Let’s look at it:

The Virtual DOM in React is Quicker

So that computer languages can interact with the page and alter the document’s structure, style, and content, it depicts the page as nodes and objects.

Since React’s virtual DOM only updates certain portions of the page, it is quicker than the traditional complete refresh technique. This improves efficiency and makes programming more rapid.

In the event that a visitor to your site is a bot, pre-renderers can detect this and instead deliver the visitor a cached, static HTML version of your site. If the request comes from a user, a standard web page will load.

It is simple to read even for React newbies. Many frameworks demand that you understand a long list of ideas that are solely relevant to that particular framework. React aims to accomplish the opposite.

Performance is enhanced by Native Modules and Native Components included in React Native. React Native renders some code components using native APIs, in contrast to cross-platform frameworks like Cordova or PhoneGap that do so via WebView. 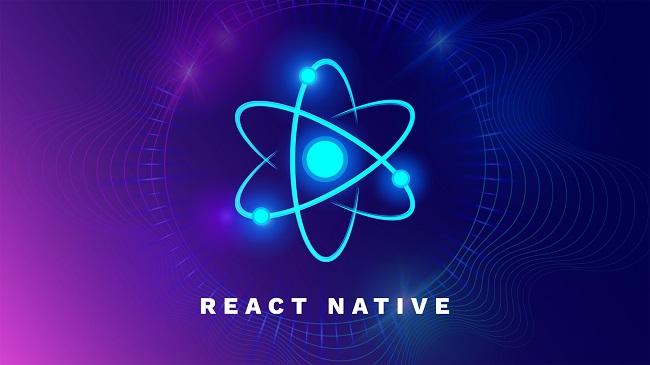 iOS and Android Together

Because React Native enables developers to utilize the same logic layer for iOS or Android, mobile application development is faster.

The basic components of Android and iOS apps are reused in React Native, which combines them with JavaScript and React.

Given their familiarity with JavaScript, front-end web professionals may readily transition to developing for mobile platforms. React Native has a gentle learning curve.

The Hot Reloading feature, which allows developers to automatically reload a mobile app, is supported by React Native. Development proceeds more quickly as a result. A hot reload shows the updated code without having to restart the application each time.

React (or ReactJS) was primarily created for web apps, but React Native was developed for cross-platform mobile development.

ReactJS is the greatest choice for web interfaces that need to be fast, dynamic, and responsive; however, React Native is the finest foundation for mobile apps that need to feel completely native.

How to Half Swipe On Snapchat

How to Make Your Web Scraper Undetectable?