S. Yeo, the first South Korean female gymnast to medal in an Olympic event, won bronze in the vault competition on Sunday at the Tokyo Games.

With her gold medal, S. Yeo becomes the second member of her gymnastics family to do so. Yeo Hong-chul, her father, won silver in the men’s vault competition in 1996. 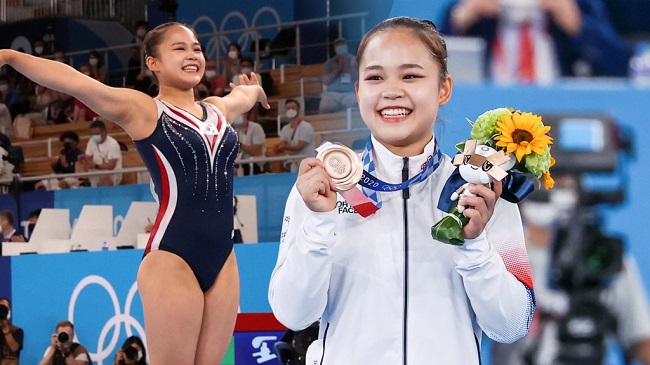 Her dad, S. Yeo, competed for Korea at the Olympic level of artistic gymnastics. He has won gold on vault at the Asian Games in 1994 and 1998, as well as silver at the 1996 Olympic Games in Atlanta.

He covered both the 2020 Tokyo Olympics and the 2018 Asian Games for television. Kim Yoon-mother Ji’s also competed for the Republic of Korea in artistic gymnastics.

And she won a bronze medal in the team event at the 1994 Asian Games in Hiroshima, Japan.

S. Yeo completed her eponymous vault, which had the highest difficulty value in the final, at the 2020 Olympic Games.

As a result, she created history as the first gymnast from South Korea to ever win an Olympic medal.

S. Yeo Started Her Career in Olympics in 2018

During the South Korean National Championships, Yeo not only won the vault and floor competitions, but she also won the all-around.

S. Yeo also excelled on the uneven bars, where she took silver. Following this, she made her senior international debut at the Guimaraes Challenge Cup, where she took first place in the vault competition.

The squad placed fourth overall. Yeo took first place on vault, ninth in the all-around, eighth on the balance beam, and seventh on the floor as an individual.

At the World Championships, she vaulted her way to fifth place. At her last competition of the year, the Voronin Cup.

S. Yeo won the gold in the vault, silver in the all-around, bronze in the floor exercise, and eighth on the balance beam and bars.

S. Yeo made history by becoming the first female gymnast from South Korea to win an Olympic medal.