Finally, after nearly a year of uncertainty, we have a release date for the second season of Tokyo Revengers. In April 2021, the first season of the anime debuted, and by the time it ended in September 2021, it had become a phenomenon.

Due to the show’s overwhelming popularity, it was renewed for a second season in December, only three months after the first season premiered.

Since then, however, neither the premiere date nor the status of Season 2 had been announced. Well, that’s changed now that the teaser and poster for the forthcoming season have been published, confirming the release month. 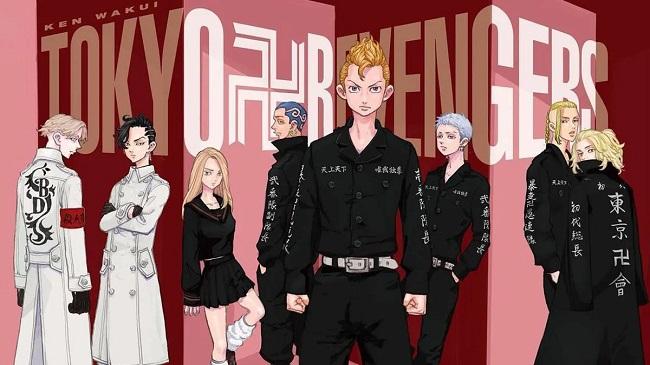 Season 2 of Tokyo Revengers will air in Japan in the new year of 2023. However. The makers have been mum about the specific date.

There has been talk that the anime could return on either January 1 or 8, 2023, both Sundays. The upcoming season will likely be streamed on Crunchyroll, making it accessible to an international audience.

The second season has not yet stated how many episodes it will have. There were 24 episodes in the first season, which aired in two parts. The same is true for the upcoming second season.

New Poster and Trailer for Season 2 of “Tokyo Revengers”

Takemichi, Hinata, Naoto, Mikey, and Draken, among other fan favourites, appear in the next season’s official teaser and poster. Taiju and Yuzuha Shiba, two new characters, are introduced in the picture.

Season 2 of Tokyo Revengers will focus on the Black Dragon Arc, popularly known as the Christmas Showdown Arc. For the next season, we’ll stick with Takemichi Hanagaki as he tries to make up for his past actions and create a brighter future for himself and the people he cares about.

But it wouldn’t be an easy trip, with the Black Dragon gang’s boss, Taiju Shiba, in his path. Kisaki Tetta plans to profit off of the conflict between the Tokyo Manji and the Black Dragon gang. The time has come to find out if Takemichi can correct his past mistakes or if he will repeat them.

According to Crunchyroll, “Takemichi Hanagaki is a freelancer who has reached the deepest pits of despair in his life.” It turns out that his one and only middle school sweetheart, Hinata Tachibana, was murdered by the vicious Tokyo Manji Gang.

The day after learning of her death, he is standing on the station platform when he is shoved over the edge and into the tracks below by a mob. He closes his eyes at what he thinks is his final moment, only to open them 12 years earlier. Takemichi, who has “returned to the best days of his life,” continues, “has decided to exact revenge on his life.”