Amber Heard and Johnny Depp’s defamation trial in Fairfax, Virginia has captured the attention of the nation, and as a result, rumours regarding Amber’s alleged relationship with Mexican actor Valentino Lanus have resurfaced on social media.

In 2006, the Aquaman starlet and the Telenovelas star quietly dated. Even though the Mexican actor was already a well-known face after appearing in multiple soap operas, their romance only lasted around 10 months. 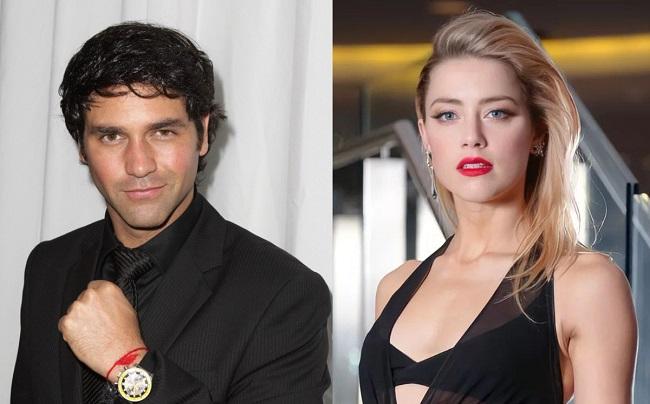 Amber, just beginning her career in Hollywood, was 20 years old when she met Valentino Lanus, who was 31. The paparazzi were always snapping photos of them together at events and on their travels.

Some sources say a mutual friend introduced the two, although it’s not entirely clear how they initially met.

What led to their breakup?

Amber moved to the United States and broke up with Valentino because she wanted to focus on her acting career, despite the fact that things between them seemed to be going swimmingly.

Years after his acting career ended, Valentino transformed into a spiritual leader. He acted in his final telenovela, Nada Personal, in 2017. Lanus decided to see the world and share his experiences online.

Due in large part to her appearance as Mera in the Aquaman films and her brief marriage to Johnny Depp (2015–2016), Heard shot to fame in Hollywood.

As a result of a 2018 story in which she claimed to be a victim of domestic violence, he has sued her for defamation, seeking $50 million in damages, and she is currently facing one of the most high-profile media cases in recent years.

While Amber is countersuing him for $100 million.