On Friday, the U.S. Capitol Police stopped a guy from Virginia who was attempting to enter the nation’s capital with forged inaugural credentials, a handgun, and more than 500 rounds of ammunition.

A police report posted by a Washington TV station on Saturday evening indicated that the arrest had been made at around 6:30 p.m. When the arrest happened, CNN was the first to break the story. 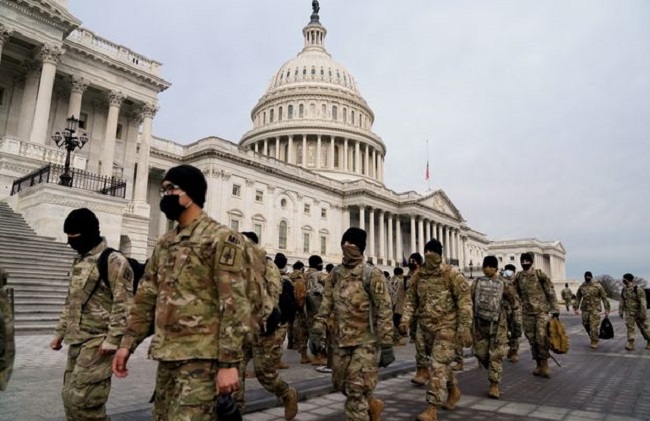 Police said that Wesley Allen Beeler pulled his pickup truck up to a checkpoint just north of the Capitol.

After a violent siege of the Capitol by pro-Trump supporters on January 6 put Washington on near-lockdown in preparation for President-elect Joe Biden’s inauguration on Wednesday, the checkpoint was established.

According to USCP Communications director Eva Malecki, about 6:30 p.m. Wesley Allen Beeler, 31, of Front Royal, Virginia, was detained at a security checkpoint set up for the presidential inauguration.

At the intersection of North Capitol Street and E Street, N.E. Beeler showed the authorities a fake ID, and they saw a pistol in the backseat.

Beeler was taken to USCP Headquarters for processing after a search of the car turned up multiple weapons.

According to the arrest record filed by the Metropolitan Police Department, Beeler was in possession of both an unregistered firearm and ammunition.

One Glock 17 Gen4 handgun with 17 bullets in it, as well as 509 bullets, 21 shotgun shells, and one 12-gauge round, were all found and confiscated by the police.

According to the U.S. Capitol Police, a man from Virginia was detained after being stopped at a checkpoint in Washington, D.C. He was found in possession of a firearm and more than 500 rounds of ammunition.

On Friday night, authorities say Wesley Allen Beeler of Front Royal, Virginia attempted to get through the checkpoint after providing what they believed to be phoney inaugural credentials.