Dev error 6034 on Xbox signifies that incompatible (or obsolete) data packs or add-ons of Modern Warfare are loaded on the console. Moreover, a corrupt installation of the game may also cause the issue at hand.

It occurs when a user attempts to launch Modern Warfare on Xbox and receives the dev error 603. The issue practically occurs on every Modern Warfare map and is not confined to a specific one. 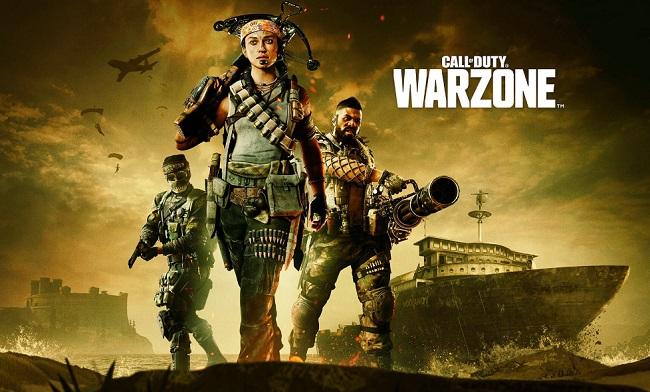 In order to proceed with the fixes, you should first determine whether or not the Modern Warfare game files are stored in two different locations (e.g., internal and external).

If so, then verify if consolidating the game files to the internal storage solves the issue under discussion.

How to Fix Dev Error 6034 in Modern Warfare

There has been an increase in complaints of the Dev Error 6034 bug, which causes Warzone to crash often, especially during battle royale, since the game’s most recent update.

Don’t panic if you’re experiencing the same problem. A number of users have reported that they have found workarounds that successfully eliminated the problem.

The simplest and simple repair for Dev error 6034 Xbox One is to restart the game and your console. By doing so, a transient bug or cache can be cleaned out.

Just close the COD Warzone/Modern Warfare game normally and see if the error is fixed. Do a hard reboot of your computer or Xbox One console if nothing else seems to help.

If restarting your device does not solve the problem, try one of the other solutions below.

Dev error 6034 Warzone Xbox could be caused by a cache corruption on the Xbox One. The problem can disappear if you delete the cache files from your console.

Step 1: Turn off your console by pressing and holding the Power button until it turns off entirely (All lights are off).

Step 2: Wait at least 30 seconds after disconnecting the power cord from your console for the cached information to be completely erased.

Step 3: Reconnect the power cord to your console and wait at least a minute for the white light to turn orange on the power brick.

Step 4: Press the Power button to turn on your console and relaunch the game to see if the Modern Warfare Dev error 6034 Xbox is repaired.

Once problems occur with the allotted space, the game may throw the Dev error 6034 on Xbox One. You can try clearing the game’s reserved area under these conditions.

Step 1: Boot up your Xbox One and launch Call of Duty: Modern Warfare/Warzone. Next, hit the Options button on your Xbox controller to enter the game’s settings menu.

Step 2: Select the Manage game & add-ons from the context menu, and go to the Saved Data category, and open Reserved Space from the right panel.

Step 3: Choose Clear reserved space and then confirm your selection.

Once done, restart your console and verify if the MW Dev error 6034 Xbox is gone.

The game may pause or fail if the DNS settings were not configured properly. It is possible that switching the DNS to Google DNS or open DNS will solve the issue.

To access the configuration menu, press the Xbox button on the controller.

Bring up Xbox’s configuration menu. Select Network from the Settings menu. Start by going to Network in Xbox’s settings menu, and then to Advance Network Settings.

Choose the manual method and fill in the blanks for the primary and secondary values.

Open Manually DNS Settings of Xbox. With “or,” you can combine two or more commands into a single one.

Modern Warfare add-ons or data packs that come preloaded on your Xbox console may be out of date or at odds with one another, causing issues.

Another potential cause of this problem is a faulty installation. Users frequently encounter this issue when attempting to launch the game for the first time.