In a new post on Friday, Plaza, 36, announced the news of their marriage on Instagram, calling the filmmaker, 43, her “darling husband.”

The couple had been dating for ten years at the time. Later, her representative confirmed to PEOPLE that the two had tied the knot. 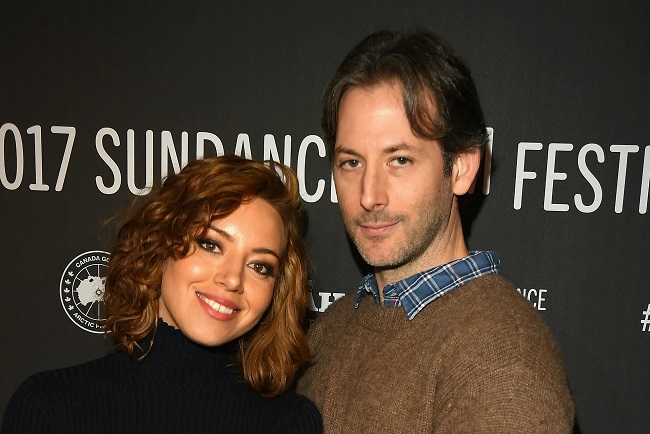 “So proud of my lovely hubby @jeffbaena for creating up another film that takes us to italy to cause some more mischief,” Plaza tweeted of Spin Me Round, the couple’s upcoming feature.

They included a cute snapshot of the happy couple together in their message. Recently, the two have been collaborating extensively on Baena’s new found footage anthology series Cinema Toast on Showtime.

In which the actress will make her directing debut. While quarantined at home, the pair worked together on the series.

How long have Plaza and Baena been Dating?

After meeting one other in 2011, Plaza and Baena began dating and have since worked together on several projects.

Including the films Life After Beth and The Little Hours, in which Plaza played the lead role and Baena wrote and directed.

Plaza told People in 2019 that she believes their successful partnership is due to their shared ability to think beyond the box.

I think when you’re with someone in your field, they understand what you’re dealing with on a deeper level, she added.

It’s clear that you two can be there for one other and help guide each other along this path we’re on. Consequently, I believe that may be very beneficial.

But, you know, it’s always difficult to work with a partner. There are many things that we do independently, and I believe that finding a happy medium is essential.

The Happiest Season actor, now 36, and her longtime lover, Jeff Baena, just tied the knot. On Friday, Plaza subtly announced their marriage with an Instagram post.

In which she referred to the 43-year-old director as her “darling spouse.” Their marriage has been confirmed to ET by a representative for Plaza.

Since 2011, Plaza and Baena have been a couple and have collaborated on various projects. He cast her in two of his films, 2014’s Life After Beth and 2017’s The Little Hours.

Cinema Toast, an anthology series conceived by Baena and featuring Plaza in her directorial debut, is another project the two are working on together.