As expected, many players are ready to dive into Dying Light 2 upon its release. Users from all over the world have tried to play the game’s Co-op mode online.

However, some players have reported problems connecting to the game servers and even getting disconnected when attempting to join the co-op.

The Dying Light 2 coop glitch affects a large number of gamers worldwide. Several mechanisms allow for this to occur.

In most cases, players experience issues when attempting to use the multiplayer mode. Gamers may have trouble joining the sessions of other players.

You’ve come to the right place if you’re experiencing these problems. The problem with coops in Dying Light 2 will be discussed here. 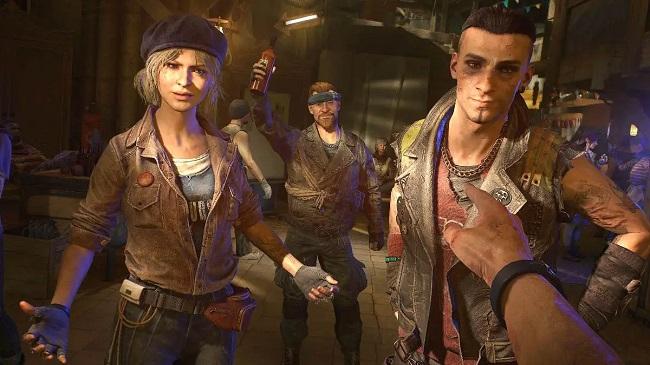 The main problem right now is that some gamers are getting the “Network Disconnected” message. Some gamers have also reported encountering a “Can’t join player session” error when attempting to join a session with other players. Seeing these error warnings pop up so often might get annoying.

Many players hope that the game’s other problems will be fixed in the near future. The PC version of Dying Light has a number of bugs that have been reported on the game’s subreddit, including audio issues and glitches that prohibit players from progressing.

The notification “leaving mission area” appears as other players leave the sector, suggesting that there is a spawn issue. This seems to be a game-killer. The PS5 and Xbox Series X/S consoles have also been observed to have terrible motion blur in quality mode.

How To Fix Dying Light 2 Coop Not Working?

Although many months have been spent on its development, this game is still plagued by several flaws. In spite of the company’s assurances that these issues will be addressed in a future update, you should not put your faith in them.

So, in this article, we will provide you with some information that will help you play the game correctly. Here are some of the approaches.

A simple console restart can often fix several issues. You can try restarting your system (PlayStation 5, PS4, Xbox Series X/S, Xbox One, or PC) to see if that helps fix the issue.

Open the game after restarting your console and verify if you can join the co-op or not. If this doesn’t help, try the next set of suggestions.

In some cases, this can be caused by using a less recent or older patch for the game in question. You should update because the developer may have already corrected the issue in the latest version.

So, keep in mind to update the patch from time to time. You may check whether your game is up to date in your individual stores.

In the game, there is a window of opportunity during which you can join a co-op. The cooperative mode is not open enrollment. Join the co-op at a time when it is still open, such as after your characters have acquired binoculars.

There are situations where the servers of a certain game are busy because of maintenance breaks. There’s a chance that playing during that time will hinder your performance. So, if you encountering some kind of trouble in any game, always try to check if the servers are available or not.

The official Dying Light 2 Twitter feed is the place to go for the latest information. Any planned downtime for maintenance is often communicated to users in advance. Be sure to monitor that as well.

If you take a look at how many people are now playing Dying Light 2, you can tell that the game is becoming increasingly popular (Data from 5th Feb 2022). You may be unable to access the game due to a server overload.

If you can, join the game at a time when it is not as busy in your region and see if you can play with others. You might, for instance, play late at night or early in the morning until a patch resolves the issue.

A simple internet glitch might occasionally ruin a fun gaming session. Unreliable internet service could be the blame for this problem. Thus, it is recommended that you work on establishing a more steady connection.

There is nothing more that can be done if you have tried all of them and still receive a “network disconnected” error message from the game. Dying Light 2’s co-op servers have been facing troubles since the game’s release, however Techland (Game’s creator) is aware of the issue and working on a solution for Dying Light 2. Hopefully, it will be added in the update shortly.