Favorite At The National Level To compete in what he believes will be the most thrilling athletic event at the Tokyo 2020 Olympic Games, J. Hyde is focused on qualifying for the final of the men’s 400-meter hurdles.

J. Hyde, competing in his second Olympics after reaching the semi-finals in Rio in 2016, won his heat on Friday with a timing of 48.54 seconds, good for third place going into Sunday’s semi-finals in the Tokyo Olympic Stadium at 9:05 p.m. (7:05 a.m. Jamaica time). 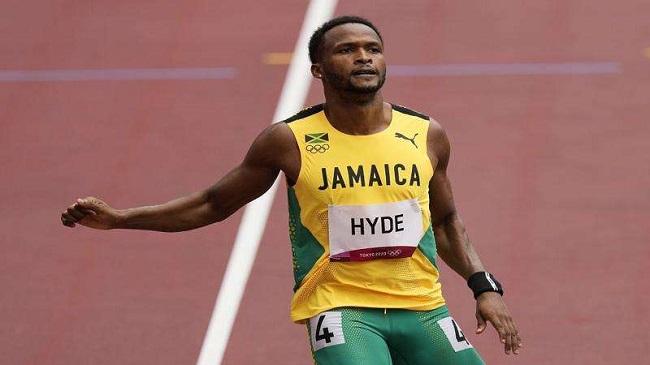 I will not finish this event without a medal, and as I have said before, my only goal is to enjoy myself. When asked about his strategy for Sunday, Blake replied, “I plan to go out there, stay focused, and just take it round by round.” Blake finished second on Saturday in 10.06 seconds.

In the first semi-final, Blake will compete against Andre De Grasse of Canada and Fred Kerley of the United States, while in the second, Seville will meet American Trayvon Bromell and his training partner, Great Britain’s Zharnel Hughes.

From what I’ve seen in the preliminary rounds, this should be an exciting match. Personally, I think this could be the most challenging and/or fascinating race of the championships. However, J. Hyde emphasised his desire to compete in the championship game.

Since the end of the Trials, the hurdler under Okeile Stewart’s tutelage has decided to stay in Jamaica to focus on her training for the Games.

I think we did a fantastic job in the lead-up, despite having to stay at home, train, and complete a few time trials due to travel limitations. J. Hyde continued, “Now all I have to do is rest up today and tomorrow and give it another go in the semi-finals.”

I haven’t gone for a run since Trials. J. Hyde stated, “The plan was to come, qualify first, kind of get the first portion a bit nippy and I achieved that, and just be comfortable coming home.” However, he went on to say that he had far loftier goals for this go-around.