Outside the White House, one of Donald Trump’s closest allies was caught on camera with a paper in his hand that looked to advocate for martial law.

The Washington Post’s photographer Jabin Botsford caught My Pillow’s CEO, Michael Lindell, on camera as he was entering the West Wing of the White House; Botsford subsequently released the photographs online.

Lindell has folded the paper over in the images, so only part of the text can be seen. However, one phrase reads: “… martial law if necessary upon the first suggestion of any….” 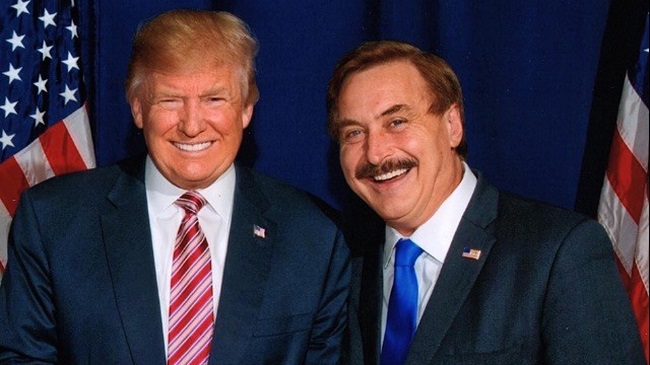 For some days now, there has been talk that President Trump would declare martial law, putting the military in charge temporarily.

Texas preacher Wade McKinney claimed he heard rumours that Trump was about to impose martial law shortly before he was impeached for the second time for encouraging an insurrection.

So, What Exactly Did That BuzzFeed Study Find?

It was reported by Buzzfeed that at a confidential briefing, the DC attorney general’s office had presented a memo with the 13-member City Council.

The council discussed the president’s potential to take control of the Metropolitan Police Department by using the Insurrection Act of 1807.

This week, the U.S. military issued a rare letter to its community, pleading with its members to maintain their beliefs in the face of adversity.

To “uphold the army’s apolitical norms,” the military stated the violent disturbance at the Capitol constituted an attack on Congress and constitutional democracy.

The military has no place in influencing the outcome of democratic elections, which are protected by the constitution.

After losing the election, President Donald Trump surrounded himself with advisers, lawyers, and seemingly random people who were prepared to give him suggestions.

The radical nature of some of those concepts becomes increasingly clear to us. Some suggestions appeared to be taken more seriously by the president than others.

But it’s evident that Trump and/or his top advisers considered the idea of seizing voting equipment.